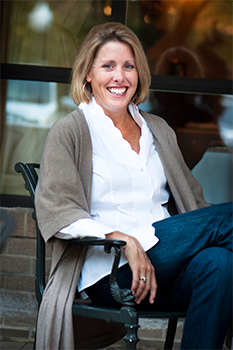 Folks who’ve tried 350° Cheese Straws® will tell you “One bite and you’re hooked”! But there’s a whole lot that has transpired before you take that first bite.

Cheese straws have been a Southern delicacy for over 200 years and 350° Cheese Straws are becoming a tradition in their own right. As the name implies, they are baked at 350 degrees - but that’s the only part of the family recipe that’s ever been revealed.

Ashley Sellars bakes each batch, using the closely guarded family recipe handed down from her mother, Terry Hines. Ashley is the only person who makes the dough and she’s the only person who touches the oven. Why? As Ashley says “I’m only as good as my last batch and Mom wouldn’t have it any other way - and I am proud to carry on her love for baking cheese straws.”

Anyone who tastes them can tell you part of the secret has to be the cheese. Top quality sharp cheddar cheese, and lots of it. When you’re baking for taste, you don’t skimp on the good stuff. You’re first bite will give you that unmistakable crunch and then in a few seconds, that extra burst of flavor that balances that rich cheddar taste and leaves you reaching for another. Ashley oversees each batch for taste, texture and consistency. Her motto is “When in doubt, throw it out” and she won’t let a cheese straw leave the kitchen that doesn’t meet her exacting standards.

In 2013, we opened our own state-of-the-art bakery, located just a stone’s throw from the picturesque Outer Banks and Cape Hatteras. It’s here that we bake the freshest cheese straws you are likely to taste. Chances are the cheese straws you buy today will have been baked just hours or days before – not weeks or months.

So if you are looking for cheese straws baked with an eye toward quality, not quantity, look no further than 350° Cheese Straws. We promise you that after just one bite, you’re hooked!